Give Poor Kids a Chance in Higher Ed

Colleges and universities throughout the country are offering white students the opportunity to apply for fellowships, scholarships and other programs previously created for minorities. Here are some thoughts on the subject from H: 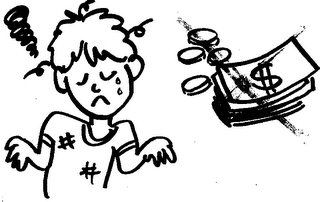 When I applied to colleges as a high-school student, I did everything possible to get my application noticed (as most students are wont to do). I admit, I had no problem checking all the boxes I qualified for under "ethnicity," and as a multi-ethnic kid born in a decade when there were few interracial marriages, I probably had more check marks than any other applicant.

Thing was, I probably didn't need all those check marks to get in to the school of my choice. I was an honor student with stellar grades. I'd been involved in numerous extracurricular activities, including tons of community service. For my college essay, I included research I'd done as an intern at a local think tank. But I didn't want to leave any room for admissions to reject me, so I included everything. Ethnicity, check. Female, check. Working-class family, check. First person in family to attend a four-year college, check.

I never thought all those little checks might come back to haunt me.

When I received the acceptance letter to the highly competitive college of my dreams, the accusations began. People asked if I'd gotten in through an affirmative action program. (I didn't.) Some speculated the college wanted to admit more women. (They did, and the women were on par with the men as far as grades and test scores.) One person was particularly direct: "You only got accepted to that college because you're brown."

It's a terrible thing to feel less deserving than others, especially when you've worked diligently to attain your goals. I hated the thought of being accepted because I was an ethnic minority. Still, I could understand a college's desire to have a more diverse student body. My college worked at this on many fronts. They wanted to have students from a variety of U.S. states, from other countries, from different socio-economic statuses, and plain ol' different life experiences. And what better way to get an education than to surround oneself with diverse perspectives?

At my college, the few students of color stuck out on our small campus. It was a standing joke everyone could name the seven African-American students in our 230-student class. We also joked how any girl could have a boyfriend unless she didn't want one. The male-female ratio was about 2 to 1.

I've visited the college several times since then, and I've noticed something I don't notice anymore: the students of color. The campus is, comparatively, so much more diverse now. Close to a third of the students are from ethnicities other than Caucasian. And the number of women is nearly equal to the number of men.

These days, I wonder whether colleges need to give students of color a "leg up" with programs based on ethnicity. A friend recently had a baby, and we joked how her son will be able to go to any university he chooses because he's African, Mexican, and Chinese. But he doesn't need the ethnic card to do so: That little boy has two brilliant parents who are both lawyers. He will no doubt receive the best education and the best home training, and he'll have all the financial backing he needs to boot.

Higher education now needs to focus on helping deserving students from lower socio-economic levels--those who've worked their butts off but can't afford to attend a four-year institution otherwise. If those in higher ed turned their focus to these students, they'd in fact be helping tons of students of color. And they might also help hardworking white students, too. Why shouldn't a white student from a low-income family be given the same opportunity as a low-income Latino, black, or Asian student?

Worst case scenario: A nasty little hater might say, "You only got accepted to that college because you're poor." In which case, that student should hold their head high--just like I did--and walk on. In four years, when they reach out for that diploma, there won't be any questions about whether it was deserved--just deep gratitude that a previously locked door has been opened.

To ponder:
1) Do you think colleges should offer programs exclusively for minorities?

2) Do such programs help or hurt minorities, or both?

3) What should be the criteria for scholarships (eg. ethnicity, socio-economic status, academic merit, test scores, community service, future goals ... )? Are there certain factors that should be more important than others?