Is the Perfect Christian Coalition My Biggest Critic? 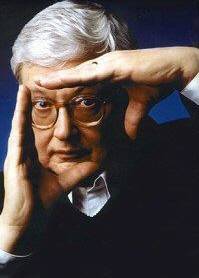 You've probably heard the saying, "I'm my own worst critic," about a million times. Maybe you've nodded in agreement at the words. Or maybe, like me, you've wondered whether it applies to you.

I've never felt very self-critical. I generally like the things I write and the work I do. On any given day, I'm pretty pleased with myself. That was, until a few days ago. I was cleaning up my kitchen after dinner, half-watching TV when an old Sex and the City rerun came on. At the end, Sarah Jessica Parker's character, Carrie, realizes she's truly her own worst critic.

Her words might have bounced off me just as they have a million times before. But on this millionth-and-first time, it connected. Carrie desperately tries to gain approval from a woman she just met. She keeps telling the woman not to believe stories she's heard about Carrie's past. Truth was, Carrie wasn't really looking for approval--she just needed to address her own guilt and to find forgiveness for her past actions.

The episode had shown how we perceive someone else to be critical of us. In reality, we're still self-critical; we're superimposing their face on our own view. Thus we're able to blame someone else for the negative feelings self-criticism causes.

In my mind, the "Perfect Christian Coalition" (PCC for short) has been my worst critic. I get anxious thinking about how the PCC might respond to my every action. If I get a book on biblical meditation, is it "Christian" enough for them? Is a TV show with ghosts inappropriate for a Christian to watch? Or, are there must-see movies (like The Passion of the Christ) all Christians are required to watch? If I don't live up to the PCCs high standards, will they revoke my evangelical privileges?

Seriously, I constantly fret over what other Christians think of me. Right now I'm worried how you readers will respond to the fact I half-watched Sex and the City. It's taking all my willpower to not offer up some excuse or rationale for my viewing choice. In my mind, a thousand judgmental Christian faces are shaking their heads at me, whispering amongst themselves, "How could an evangelical Christian writer, who's supposed to be keeping her head clear and her heart pure so she can minister effectively to others--how could she watch such a program!"

And this is where I realize: I am my own worst critic. I worry I'm not reading my Bible enough. I worry I won't correctly comprehend Scripture. I worry the things I watch and read and listen to might make me doubt my faith. I worry when I have questions and doubts about God, so I often don't ask and don't talk about my struggles. I'm worried someone might say, "You don't deserve to have a ministry. You're not a good enough Christian to serve God."

Actually, I'm not so concerned about that last one because it's happened before and it will happen again. Inevitably, we all come across people who criticize us for not being enough. Not smart enough. Not attractive enough. Not spiritual enough.

When I hear words like that--or think them to myself--I look to these other words:

[The Lord] said to me, "My grace is sufficient for you, for my power is made perfect in weakness." Therefore I will boast all the more gladly about my weaknesses, so that Christ's power may rest on me. That is why, for Christ's sake, I delight in weaknesses, in insults, in hardships, in persecutions, in difficulties. For when I am weak, then I am strong. --2 Corinthians 12:9-10 (NIV)

As for my personal situation, being anxious about whether I'm "Christian" enough, I read some good words this week in Christina DiMari's memoir, Ocean Star. God gave her these words in her late teen years: "I'm not asking you to be perfect. I'm asking you to be pure. Don't get these two confused. This is not about keeping rules; it's about letting my light shine through your life."

I'm also trying to realize the Perfect Christian Coalition isn't real. I've replaced the judgmental faces of the PCC members in my mind with bobbleheads. The little plastic toys shake their heads at the tiniest jolt or movement of the wind. They can change from approval to disapproval in a second. When I think of my inner critic this way, I realize I can't allow myself to feel too bad--or too good--at that opinion.

I'll probably never shake the PCC. But I know how to hush it--by continuously recognizing I'm not good enough. That's OK, because I've got grace, too. And God's grace is more than enough to compensate for everything I lack.

To ponder:
1) What critical thoughts do you have about yourself?

2) Do these thoughts motivate you or make you feel unmotivated?

3) When you're feeling beat up and dejected, is there a particular Bible verse you look to for encouragement? Or, is there a spiritual practice that encourages you (e.g. singing a particular worship song, meditating on God's creation)?
Posted by Holly at 1:50 AM

Just to make sure I read it correctly: did someone else actually tell you that you were not a good enough Christian to serve God?

If I may use the popular slang to express my sentiment, that is so wack. But I think you articulated a more effective response, recalling God's assurance.

We are not performers. We are not Girl Scouts earning badges. And if God can use thieves, prostitutes, and murderers to serve him--Paul did write a fair amount of the Bible--I do believe that He will use and IS using you, Holly, specifically and effectively.

People in ministry need to be real about their humanity. Between being a better Christian and being better at being like Christ, I'd choose the latter. I hope that whoever made that discouraging comment to you, if they did, took a moment to remove that plank.

Thanks for the encouraging words.

No one has ever said these exact words--"You don't deserve to have a ministry; you're not a good enough Christian to serve God"--to me. Rather, I've gotten comments along the lines I place fear over faith and that I'm hurting the church/Christianity.

When I write about my personal experiences, I'm careful to not say, "This should be your experience, too. You should be just like me." Unfortunately, some Christians have interpreted my words as telling them what to do. And some have responded defensively. Some don't have the words to explain why they disagree with me, so they resort to attacking me personally.

For me, most of the worst comments have come from atheists/agnostics who basically say I'm the living, breathing example of Christian hypocrisy. Those are the hardest to take because it makes me question: "Am I truly living out my faith? If I am, why did they see it as hypocrisy?" I have to remind myself those sharp remarks from atheists are really directed at God. So if I'm talking about God, I'm going to come into the line of fire.

Whenever we share anything about ourselves, there's always the danger someone will say, "That's a stupid thing to think/say/do." You might share, "Charmin is my favorite brand of toilet paper." While you're simply making a statement of preference, someone could still get defensive. They might interject, "Charmin is crummy. I don't know why you bother with that junk."

So when we share about faith, there's always that risk of being personally criticized. One of the hardest lessons for me has been to differentiate between when I need to listen to criticism (because my thinking might be off-base, incomplete, or there's a lesson I need to learn) and when I need to tune it out. I have to pray God will make me receptive to words he wants me to hear, and resilient enough to bounce back from unproductive comments.

It's funny, I needed to hear that right now, after getting some backlash for an online group I created to promote respect, in response to a group representing a particular genre who mocked those outside of it. Lovely run-on sentence, that was. I felt pretty crummy, but your comment helps put it in perspective.

It's good that you have the discernment to see that when people resort to attacking you, they're actually upset about something else. Here's to resilience, at the right times...

AV said: "Between being a better Christian and being better at being like Christ, I'd choose the latter."

A friend e-mailed me saying she related to AV's comment on this post. I especially like the above quote--I may just have to steal it for a screenplay I'm working on. If it gets off the ground, I'll send you a royalty check, AV. :)