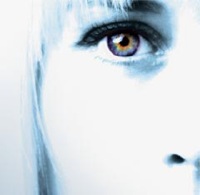 Made you look with that headline, didn't I?

My latest published piece, "Unearthing Unearthly TV," actually used those words as its subhed. It appears in the current issue of Today's Christian Woman magazine.

It would be madness for me to say, "I know definitively what Christians can and can't do." That's like saying, "I know God completely, and nobody else has a clue." I would never say that. So this article really isn't an answer to the question, "Should you watch supernatural-themed shows?" Instead, it's a call to individuals to think about that question for themselves.

I love thought-provoking topics: They make some people think deeply, and they just provoke other people. In either case, people are motivated to pop their heads out of their comfortable, complacent shells--including me. I hope this piece will inspire you to think about all your media interactions: what you read, what you listen to, and what you view.

That was an interesting story--thanks for sharing. I think I tend to fall into the second camp--you can watch but just know that everything on TV is either heightened reality or false. I admit I liked watching Charmed and Buffy, but mostly just watched because I liked the characters and their 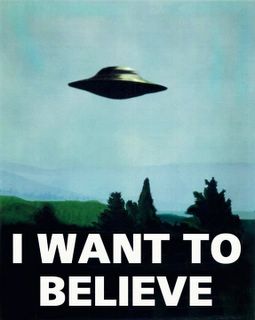 relationships with each other and other people, rather than their exploits. I couldn't get into many of the other shows you mentioned.
________

Enjoyed the article. My daughter loves to watch Harry Potter movies, but she also loves Chronicles of Narnia and Lord of the Rings series. She just loves the fantasy genre in general. We also love Halloween. Our family is planning to curl up in bed tonight and watch The Nightmare Before Christmas. I try to teach my kids the difference between literature and movies, which use fantasy to tell basic good-over-evil stories, and the reality of Satan and demons. My own personal opinion is that a lot of Christians need to lighten up. We know Santa Claus and the Easter Bunny are not real. Can't we also distinguish between ghosts, goblins, etc., and real powers of darkness? I understand that someone who comes out of a background in the occult might have particular sensibilities. I can understand that. However, most rational people, even children if they are taught, can distinguish between fact and fiction. An interesting note: I think I was a lot more traumatized as a child by talk of the rapture, demons, and demon possession by evangelical Christians than I was by any "scary" or supernatural stories I read or viewed.
________ 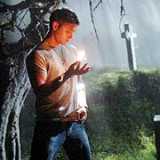 This is a well-written article as usual. I'm always impressed with how you're able to help provoke thought in people to get them to process what's in their own heads about an issue rather than telling them what to think. Keep up the good work!
________
Posted by Holly at 1:40 PM

No, they (probably) shouldn't, but they will. Society today has changed a lot since fifty years ago. :(