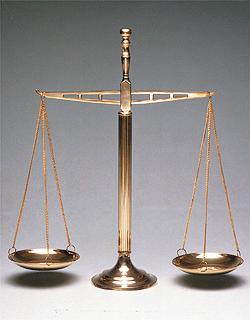 Sometimes, a little assumption is a dangerous thing.

Reporters sometimes make assumptions based on stereotypes or misinformation. Perhaps that's what happened when Andrea Hopkins recently offered this definition for "evangelical Christian" in her Reuters newswire story that was published around the world:

"... [evangelicals believe] that a strict adherence to the Bible and personal commitment to the teachings of Jesus Christ will bring salvation."

Whoa. What happened to the whole crucifixion event? It almost sounds like a definition for Judaism, with the words "Jesus Christ" substituting for "Jewish law."

Andrea's definition isn't attributed, so readers are left to guess how she came up with it. In her story, which appeared in the numerous newspapers including The Washington Post ("Megachurches Build a Republican Base"), she offers several ideas about evangelicals such as:

"... evangelical Christians have had a growing impact on the nation's political landscape, in part because adherents believe conservative Christian values should have a place in politics--and they support politicians who agree with them." (Emphasis mine.)

That idea isn't attributed, either. Oh, Andrea, where did you get the idea that all evangelicals are conservative? Or that evangelicals all support conservative politicians? Why was the word "conservative" needed at all? Wouldn't it be more accurate to simply say Christians are interested in infusing "Christian values" into politics?

Does it really matter whether the media is defining evangelicals as conservative Republicans? Let's put it this way: What they say doesn't change our vote, or our lives, in the least. But Andrea's definition of Christianity is quite alarming. We gotta speak up when the media suggests Christianity is about following rules and regulations that earn people a spot in heaven. Otherwise, more people might start believing that's true.

Sometimes Christians are afraid we'll sound mean or hostile if we contradict statements that are made about our faith and beliefs. So we just clam up--we're supposed to be peacemakers, right? Someone recently reminded me Jesus was the ultimate peacemaker, but he didn't clam up. There were moments he wouldn't merit ridiculous statements with a reply. But much of the time, he corrected falsities and defended the truth. It seems silence doesn't always lead to peace (consider the way much of the world initially responded to Hitler), but truth does.

For Andrea, and anyone else who might be wondering about Christian beliefs, here's a short breakdown of Christianity from Holly:

1) Nobody is good enough to have a relationship with God. We can't ever live up to God's standards, no matter how hard we try.

2) Yet there is a way we can have a relationship with God. The son of God, Jesus, came to earth and basically said, "I'm God. Some people aren't going to believe that, but I'll prove it. I'm going to let humans humiliate and torture me, then kill me. Then I'll come back to life. Anyone who recognizes I've told the truth and that I've done this because I love you will be able to have a relationship with God. Your simple belief is all it takes."

3) In sum, "Christian" (evangelical or otherwise) means: anyone who acknowledges Jesus was telling the truth--that he really was who he said and really did what he said. Christians have salvation, meaning they'll forever be with God, solely because of what Jesus did. Anyone and everyone can be a Christian simply by saying, "Jesus, I believe you."

The reasons for Jesus' actions require an extended discussion on Jewish culture during biblical times, which would be too long for a reporter like Andrea to print. So I'll make a briefer definition: "Christianity is the belief Jesus Christ's death and resurrection is historical fact, and that Christ's actions make salvation (union with God) readily available to anyone who desires it."

You can quote me on that.

To ponder:
1) A friend who isn't a Christian (I'll call him Jay) sent me a link to "Megachurches Build a Republican Base." Read that story. If you were Jay, how would this story make you feel? What ideas would it give you about Christians?

2) When a reporter offers an idea or definition, does it seem more credible or less so? Why?

3) When Pilate held Jesus' trial, the governor asked Jesus whether he was king of the Jews. Jesus acknowledged this was true. But then Jesus became silent when his accusers gave vicious testimony against him. Pilate asked Jesus why he didn't respond to those accusations, to defend himself. And Jesus remained silent.

Are there times when Christians should keep silent about their faith? When, and why?

4) If someone asked you to define Christianity, or to explain your beliefs, what would you say? Think about how you'd define words like "salvation" and "sin."
Posted by Holly at 5:07 PM

Hi!
I liked your recent item. I am always irked when the media generalizes too much -- like lumping all evangelicals as conservative Christian. That doesn't describe me.
I also liked your definition of Christianity -- I think it's a simple (but not simplistic) way of explaining what you believe to a non-believer.
Thanks,
Tina

Thanks, Tina. I used to worry about being too simplistic in explaning Christianity. I've seen Christians get anxious about these simple statements because we want to get into the theological complexities of the trinity and the incarnation. But that's quite confusing to someone who's never been to church before.

When I've talked with people who aren't Christians, the idea that resonates with them is Jesus' words in John 14: "Anyone who has seen me has seen the Father. How can you say, 'Show us the Father'? Don't you believe that I am in the Father, and that the Father is in me? The words I say to you are not just my own. Rather, it is the Father, living in me, who is doing his work." Since most unchurched folks have been told about the historical Jesus, it's not too hard to swallow that, yes, there really was a human named Jesus who walked the earth. But the idea this man claimed to be a deity is mindblowing to them--many have never heard this before.

On the flipside, Christians are so used to hearing about Jesus as the Son of God, we're convinced of his deity--but we forget about his humanity. I'm gonna blog about that soon. :)

I read "Pilate" like pilates. I was confused for just a moment.

2) Being a Christian is more than saying, "Jesus I believe You." I don't think the whole of scripture nor a wider than evangelical Christian orthodoxy supports that statement. Read the Sermon on the Mount. Read the book of James. What about this scripture? James 2:14-19 says, 14 What good is it, my brothers and sisters, if you say you have faith but do not have works? Can faith save you? 15 If a brother or sister is naked and lacks daily food, 16 and one of you says to them, "Go in peace; keep warm and eat your fill," and yet you do not supply their bodily needs, what is the good of that? 17 So faith by itself, if it has no works, is dead. 18 But someone will say, "You have faith and I have works." Show me your faith apart from your works, and I by my works will show you my faith. 19 You believe that God is one; you do well. Even the demons believe—and shudder.

If a person's life does not demonstrate their belief in Christ, perhaps there is no real belief to begin with. James is not preaching salvation by works. Jesus is not giving us a new law in the Sermon on the Mount. What they are talking about is a true righteousness of the heart that comes from a real acceptance of Christ and ALL that He did and said. Unfortunately Evangelicalism often has reduced salvation and Christianity to an "in" "out" status based on mental agreement and verbal profession. I think Christians need not be apologetic about following Christ by strictly adhering to the Bible and to His teachings. So in this case I don't think the reporter was that far off. She was perhaps off in her definition of American Evangelicalism which does not always insist on such.

My thoughts on Brooke's latter thoughts at http://h-n-t.blogspot.com/2006/07/faith-vs-works-lets-rumble.html. Thanks for thinking deeply and taking time to write, Brooke.