R U Down? Getting Our Groove On for Sudan 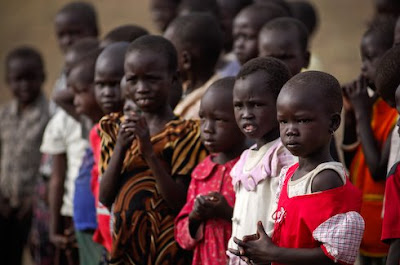 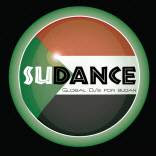 My church, Marina Christian Fellowship, began supporting an orphanage in Sudan two years ago. Now, we're partnering with world-renown DJs, who will donate their services and hold raves in Los Angeles, New York, and Miami to support the Sudan project. This partnership has been dubbed "SuDance."

My pastor, Kevin Robertson, is the driving force behind this. But this is beyond the boldness of one man--I believe this is a God-thing. Let me give you some background from the church's website:

"In late 2005, Empowering Lives International was granted 50 acres of land in Southern Sudan. Marina Christian Fellowship raised and donated $30,000 to begin construction of a school center in the town of Kolmerek. After visiting Sudan in February of 2006, Pastor Kevin Robertson made a commitment to the people of Sudan to raise support for the school and orphanage. As a result we now have 180 children receiving education and hot meals. Fifteen orphans have been identified and are receiving daily meals and personal care."

Let me explain: My church has about 120 in attendance on any given Sunday. I clearly remember the Sunday when Kevin said he believed God wanted our church to build a school for the orphanage. This wasn't ambitious-sounding--it was, well, ludicrous and impossible by most estimations. We're a tiny church. How could we take on such a huge project?

Somehow, the money came in, largely from a few anonymous donors. Then Kevin announced he was going to Sudan to visit the orphanage. We're talking a white American in war-torn Sudan here. Kevin was scared, to say the least. I also clearly remember the church staff putting together a plan for how they'd carry on if Kevin died. When he hugged his wife at the airport, it was a very real consideration he might not come back.

He returned, totally pumped up. More donations came in, including some large ones from other churches. The following year, Kevin and his wife, Jennifer, headed back to Sudan. They came back even more enthusiastic about the orphanage.

Earlier this year, Kevin was approached by two DJs: AJ Mora, who was a resident DJ at L.A.'s DOME in the mid-90s, was a regular on Groove Radio, and continues to DJ on Powertools (KPWR 105.9 in Los Angeles); and Scott Blackwell, who started the Saturday Night Dance Party on Hot 103 (now Hot 97) in New York. AJ and Scott wanted to help raise money for the Sudan orphanage, and proposed getting their DJ buddies together for this effort: SuDance.

SuDance is supported by our church superintendent and our denomination's leaders. But it should be understood Kevin is putting his reputation as a minister on the line in this partnership, since the raves will be for a mainstream audience (these aren't "Christian" or "church" events) that will be held in clubs that serve alcohol.

I personally support Kevin and SuDance and stand by the partnership. I believe God is the motivator behind Kevin, AJ, Scott, and all who will contribute to benefit Sudanese orphans.

I'll post more about the project and the events as this develops. A website is currently under construction, http://sudanceglobal.org/. If you're interested in reading more about the Sudan orphanage, or to donate to it, check out Empowering Lives International (the photo above is of children from Empowering Lives Children's Home in Kolmerek, Sudan).
Posted by Holly at 2:48 PM