What I Believe: An Open Letter to Sean and Best Seller 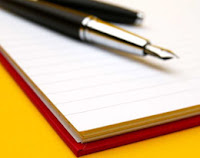 Sean wrote:
<<We are part of god. One person is not a god as such. God has infanant potential. We are extentions of gods ever expanding potential. As for what would happen if every one used the secret well for startes we all do. But if we all knew how we would be fine because we are all one we all together with everything in the universe are god.>>

Best Seller wrote:
<<Is it wrong for a Christian to practice yoga because it has roots in Hinduism? I do not think so, since Yoga involves physical & mental exercises designed to bring the mind in tune with the body. To have a stress free life, Yoga is very helpful.>>

Dear Sean and Best Seller,
I'd like to take a minute to discuss some core beliefs of Christianity. I'm writing this open letter because I'm sure there are others who hold opinions similar to your own. I hope this will provide some understanding about why I don't feel The Secret and yoga are practices Christians should engage in.

Best Seller, I went to your website to see how you might define yoga. From your site:
<<YOGA means UNION WITH DIVINE or SELF REALIZATION OF DIVINE WITHIN YOU. Of course, it has many other meanings too. The word YOGA came from the root word YUJ to YOKE or JOIN. So YOGA teaches one to JOIN THE INDIVIDUAL SOUL [JEEVATHMAN] WITH ABSOLUTE SOUL [PARAMATHMAN OR GOD].>>

For starters, the focus of yoga as defined above and on your site is to complete actions that will bring us into oneness with God. Christians, however, don't believe our personal actions bring us into relationship with God. Because of our sinful, imperfect state, we are separated from God. We don't believe we can personally release this sin (what we call "sin" you might call "negativity," though Christians don't believe humans can release themselves from their inherent sinful state).
Instead, Christians rely on the actions of Jesus Christ to be released from the consequences of our sinful nature (the consequence being eternal separation from God).
In biblical times, God gave those who believed in him a set of laws to follow. These laws weren't intended to make people perfect; in fact, it was impossible for any human to keep all the laws all the time. God also provided a means for the people to be forgiven when they broke his laws. The laws were to show the people that they were indeed sinful--they could never be as good and perfect as God. The laws also showed God was graceful and always willing to forgive. So it wasn't about making people see how bad they were. It was about showing humans how good and kind God is.
This reminds me of a news segment I viewed about a woman whose husband was killed by a drunk driver. The woman forgave the driver, and even became friends with the driver. In watching the story, I wasn't focused on the wrongdoing of the drunk driver. I knew the driver hadn't intended to kill anyone, though the driver was certainly guilty of murder. Rather, I was focused on the goodness of the widow, who had offered forgiveness for a seemingly unforgivable crime. Similarly, biblical law was given for people to recognize their sinful nature, while placing the greatest focus on the goodness of God.
Back to the Bible: The people stopped truly loving and worshipping God, and began to just pay lip-service. They thought they could live however they wanted, then just perform some simple actions to get right with God. (It would be like that drunk driver unremorsefully saying, "Here's your insurance settlement money, but it was really no big deal--your husband was gonna die someday anyway. Now at least you've got some cash. Are we done here?") God wanted the people to know it was only by his benevolent grace that they could have a relationship with him. And God got tired of their empty words--he wanted their true love. So he sent his son, Jesus, to earth in human form to remind his people of their sinful nature and his benevolent grace.
When he was on earth, Jesus proclaimed himself to be deity: the Son of God. Jesus gave his life in a way the people of the day would understand as the means to forgiveness--and thus, renewal of relationship with God the Father. Jesus then proved he is deity by coming back to life and ascending into Heaven.
Christians believe it is only because of Jesus' actions that they can have a relationship with God. This makes sense to me. I am a human who will die someday. I do not have the power of a deity; I'm not omniscient, omnipresent, or omnipotent. In The Secret, some are said to possess a greater ability to employ The Law of Attraction. In Hinduism, some are said to achieve nirvana faster than others. In other words, both say some humans are more god-like than others. True Christianity is realizing all humans are equally sinful, and can be equally forgiven and receive the same relationship with God.
Since I don't believe I'm deity, how could I, as a human, come into touch with deity, other than through another source of deity? For me, Jesus is that source. He is deity equal to God, so he has the power to bring me into good standing with God the Father.
The idea that humans contain deity, and thus are able to be one with God (or, in Best Seller's terminology, the Universal Soul), thus runs contrary to the core belief system of Christians. I do not believe I am God, or that I contain deity. I don't believe I am able, by my own actions or merits, to become one with God.
As a follower of Jesus Christ, I believe Jesus' actions justify me before God. In other words, I can have a relationship with God because of what Jesus did, and because I've put my trust in his actions. I can show my love and gratitude to God through prayer (and other spiritual practices), obedience to and worship of God, good deeds, and kindness to others. But these actions won't bring me into relationship with God--as I said, I simply must put my trust in Jesus' actions.
If I were to believe doing yoga would bring me closer to God, it would be like saying, "Jesus, your actions didn't really take care of everything. I still need to do yoga, because I trust it will bring me closer to God." As I've said many times, there's nothing wrong with Christians stretching, relaxing through deep breathing, and meditating on the goodness of God and the Bible or doing such meditation through prayer. Best Seller, I hope you can see how it would be problematic for a Christian to believe yoga (or any other action) is the means to becoming closer to God, or the way to attain forgiveness for sin.
If you have any questions about why Jesus had to be crucified, the significance of his death and resurrection, the ideas of the three-in-one God (Father, Jesus the Son, and the Holy Spirit) or other questions about core Christian beliefs, please feel free to email me. I'll do my best to answer or will ask a more experienced Christian theologian to address your questions.
Best,
Holly
Posted by Holly at 11:40 AM

Namasthe Holly: Thank God there are people like you in this world.

I adore your firm beliefs and I wish you all the very best. You seem to be an extremely nice person and I am so happy I write on your blog.

When I wrote YOGA is good for every one, I meant the "physical and mental exercises" associated with Yoga, which can be easily practiced by every one with out giving up their beliefs.


1 Like Jews, Hindus do NOT believe in "ORIGINAL SIN” nor Jesus dieing for the sins of the whole mankind concept.

2 "Sin in Hinduism” means THOUGHTS AND ACTIONS done due to FALSE knowledge.

3 Heaven and Hell are not important in Hinduism like in Islam and Christianity.

5. According to Hindu Scriptures SALVATION can be attained by anyone, whether that person is a Hindu or not. Christians, Jews, Moslems even atheists can attain salvation.

6 Hindu salvation is the process by which a person is REALIZING that he/she is indeed the Immortal Soul within and not the perishable material body.

7. that is the reason why Hindu salvation is known as SELF-REALIZATION [realizing one is immortal soul and not the body]

8 Hindu scriptures state that people can attain self realization through one of the four methods. Those four methods are:

A. JANANA YOGA [path of knowledge]

B— KARMA YOGA [path of unattached, unmotivated actions and thoughts]

C— BHAKTI YOGA; [path of total surrender of one’s will to God]

D— RAJA YOGA. [path of breathing and Pranayama–eradication of thoughts]


Most people in the world practice BHAKTI YOGA [ Path of devotion.]

Thanks for your thoughtful comments, Best Seller, and especially for taking time to explain how Hinduism differs from Christianity. I think our world would do well to more often discuss the differences between religions. For me, tolerance is achieved by saying, "OK, I see how we are different. We are not going to come to an agreement on this issue. But now that I've heard your position, and you've heard mine, we have a better understanding of each other."

A few months ago, Newsweek magazine ran a short article on how religions aren't the same and shouldn't be treated as such because minimizing the differences actually causes more tension and division. (Seems folks then feel they have to forcefully demonstrate how their beliefs are indeed different than others.) I would agree too much has been made of the sameness of religions. In our discussion here, I think we've shown how different Hinduism and Christianity truly are.

Additionally, I'd like to think this discussion helped both of us have a better understanding of what we believe and why we believe it. There are many who claim a religious identity, but don't take time to identify, study, and contemplate the fundamentals of their faith. These may be the most dangerous people in the world, ferociously defending their own ignorance rather than actual religious beliefs.

Thanks for further educating me, and for offering a great model of respectful discussion to the H-n-T readers.