A Christian Sense of Humor 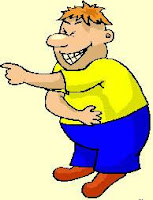 A Christian Sense of Humor
When others insult Christianity, should we laugh, be silent, or get mad?

Did you hear about the so-called Christian group that’s protesting the upcoming video game “Dante’s Inferno”? Claiming they were from a church in Ventura County, California, about 20 members of S.A.V.E.D. (an acronym for “Salvationists Against Virtual and Eternal Damnation”) handed out pamphlets outside of the Los Angeles Convention Center during the Electronic Entertainment Expo last month and held picket signs that read, “Hell is not a game” and “Trade in your PlayStation for a PrayStation.” The group also posted a website and YouTube videos.

I should tell you right now: The whole thing is a publicity stunt for the video game company Electronic Arts. Yet two reputable newspapers, the Los Angeles Times and the San Jose Mercury-News, initially reported this “protest” as actual, factual news. Online posts and blogs on the topic indicate a number of folks are taking it seriously. Regardless of whether they’re in on the joke or not, many are offering the same comment: “Can’t Christians take a joke?”

Once again, Christianity’s been portrayed as laughable. ...